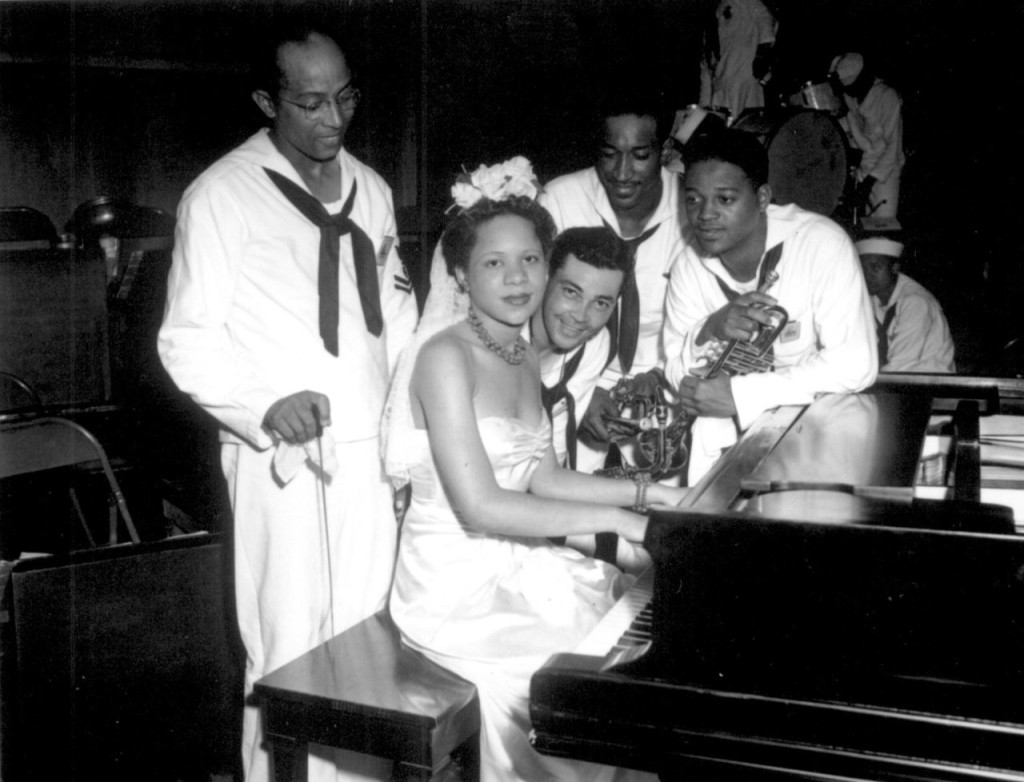 There was a kid I met at jazz camp while in high school. He told me about a workshop he attended by a legendary jazz-trumpet player. At some point a woman stood up and asked a question about improvising. The clinician’s answer was simply, “Chicks can’t play jazz.”

Since college, I’ve seen talented female recording engineers and producers subconsciously forced into studio management positions or out of the field completely by men who served as their mentors or peers – never getting the same respect or opportunities as their male counterparts while learning (or even after mastering) their craft.

As a teacher, I’ve seen fellow teachers (male and female) over-emphasizing reading music to young girls while assuming they can’t or don’t want to improvise, compose or play off the page – because they’re “timid” or “shy” or “self-conscious”.

I could go on and on listing all the subtle (or not-so-subtle) discouragement girls and women already experience on a daily basis in their pursuit of creating music. But instead, here’s a little story that will help put things into context…

A fourth-grade girl started taking piano lessons from me. We worked on jazz and classical at the time. She showed flashes of being a great improviser. She auditioned for her new middle school when she was in sixth grade and made the top big band. I decided to go listen to her band’s first jazz festival. When I showed up the whole band was sitting on a ledge eating lunch. From right to left, there was a group of 20 boys sitting side by side eating their lunch and acting like middle school boys. On the left was my student (the only girl) about two feet from the last boy in the line. Two more feet to the left sat the band director – a guy. That scene really stuck with me. She was really excited to be there because she loved the music so much. But seriously? Name one other class in a public school besides a jazz band that would have that boy/girl ratio.

Fast forward thirteen years. This same student was finishing her senior year at the University of Miami’s jazz program after getting a full scholarship in jazz piano along with many other accolades. I was there for her senior recital. I stood outside the jazz piano prof’s room waiting to say ‘hi’. A student was waiting for his lesson and we struck up a conversation. Eventually, I read over the list of students on the teacher’s door. I checked it over a couple of times and asked the kid, “Do you notice there is only one girl on this list of nearly twenty names on the door?”

He looked a little confused like he had never noticed. And said, “I guess.”

I said to him, “This isn’t OK. You can help fix this as you go out into the world and play music – either on the bandstand or as a teacher.”

He looked dazed as he probably thought, “This isn’t my problem, dude.”

Thirteen years later and nothing had really changed.

It actually is his problem and it’s all of our problem as men in a male-dominated field. Until we give girls, women and all people who don’t look like us equal respect and opportunity from a very young age to contribute and elevate their voices; then our art will be restricted because we will lack the context, competition and perspective from our peers to help us find and see ourselves more as we are instead of who we think we are or want to be – the most essential element in creating honest and quality art.

So guys, let’s open the door. Check ourselves in every situation we find ourselves in when dealing with female artists, engineers and students. Let’s let the girls jam when they are 6, 8, 10, 12 and 14 – and not assume that they won’t be able to improvise, compose, MC, DJ or run a recording session on par with the boys. Let’s assume they will and can do great things in these areas. Don’t wait until they’re older and you are attracted to them or until they have braved enough years of being the only girls in the band.

We need to start today, everyday.