I sensed that something was amiss after a wave of students, teachers and players came to me over the course of a few years wanting to learn to improvise. Many of them had taken jazz improvisation classes or gone to clinics/camps only to come away uninspired or confused. Several of them had worked out of books that presented certain patterns or pieces to improvise over or with. While others had tried to learn transcriptions and extract applicable concepts. 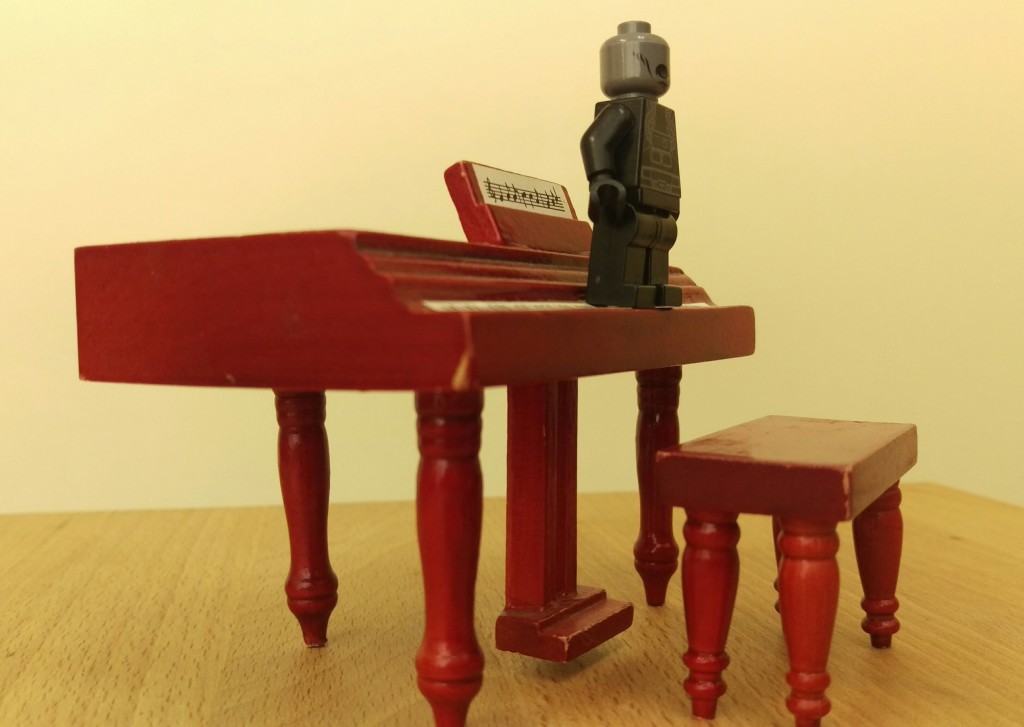 Watching these fine (and often professional) musicians become paralyzed when they were asked to improvise even the most simple idea reminded me of how I felt when I first was asked to do the same. After all the camps, books and advice we digest – we are often at square one when asked to improvise over a simple Beethoven or Haydn piece that we supposedly know well.

Once these students made some headway, the first thing they always reported to me was that their classical playing had improved immensely since they started working on “improvisation” in the lessons. The ironic thing is, we really weren’t working on improvisation specifically. We were simply learning to play music.

Improvisation is one of the key elements of playing music on any level. When it is presented as a separate activity in the lessons, students never understand how it is essential to their survival when performing a Mozart Sonata, a Bach Prelude & Fugue or anything else for that matter – in any style or genre.

The word “improvisation” has way too much baggage in the music learning world. We immediately assume it is some lofty skill set – an ability that requires us to pull music from the ether or years of practicing advanced harmony and modes like some jazz players have done. It can include those things – but it is not just those things. As teachers, we often get worried about our own inability to improvise and avoid it. When we do approach it, we often project a lot of fear and self-doubt onto our students – and the cycle repeats.

When we pass a friend in public and they ask, “How are you doing?” We begin improvising immediately. We determine based on the time, situation, how well we know this person and many other factors; whether we respond with a short answer, a longer answer or tell them our life story. We improvise! We improvise all day, every day. We would all be dead if we didn’t know how to improvise – it’s how we survive.

In music, we do not have to play jazz to learn to improvise. In my opinion, we should be improvising from the beginning. As teachers, we simply direct the improvisation to the musical elements that the student needs to develop.

If you’ve ever had a student tell you that they sounded better at home, this is one of the best gifts they could give us… If they have practiced and should be playing better, they are telling us that they can’t improvise on a level that can help their playing. When a student gets up and performs at a recital well below what you heard them do at the last lesson, they are telling us that they need to focus more on improvising.

One of the most important premises of improvisation is that to do it well, we have to be in the moment and have the ability to adapt to our environment while playing our instrument. So if our students can be in the moment at the lesson like they were at home, or at the recital the way they were in the last lesson – then their playing will take on a life of its own. Improvisation is about adjusting to our surroundings and using your environment to benefit a performance.

When Art Tatum arrived at a gig he would play a chromatic scale up and down the entire piano to find any keys that were out of tune or sticking. He would remember those keys and avoid them during the whole performance. Keith Jarrett would often avoid areas of a piano during his concerts because he felt they were out of tune or didn’t sound good – many of these performances were recorded and became classics. Why should these stories of being in the moment feel so otherworldly to us as trained musicians?

There are two myths that feed on themselves to create players who are unable to improvise and play written music to their potential.

A student brings in the opening passage of the Minuet in C Maj, K6 by Mozart. They can play the notes okay, but it’s extremely choppy and loud. This is an improvisational approach to help them play it more musically:

I’ll write more posts on how to start improvising our own notes on classic repertoire. But notes and harmony are a very small part of the equation. Applying improvisation to the musical elements from an early age is essential in helping our students play written and improvised music to their potential throughout their development and lives – making it a separate activity in lessons minimizes it’s positive impact.

Improvisation is simply flexible mastery. It’s never too early (or late) to integrate improvisation into what we’re working on or teaching.