There have been conferences and talks I’ve attended where teachers and parents lament how enamored their kids/students have become with video games and online gaming. There is a common feeling that it takes away from their other activities – whether it be sports, schoolwork, music lessons or other more traditional activities. 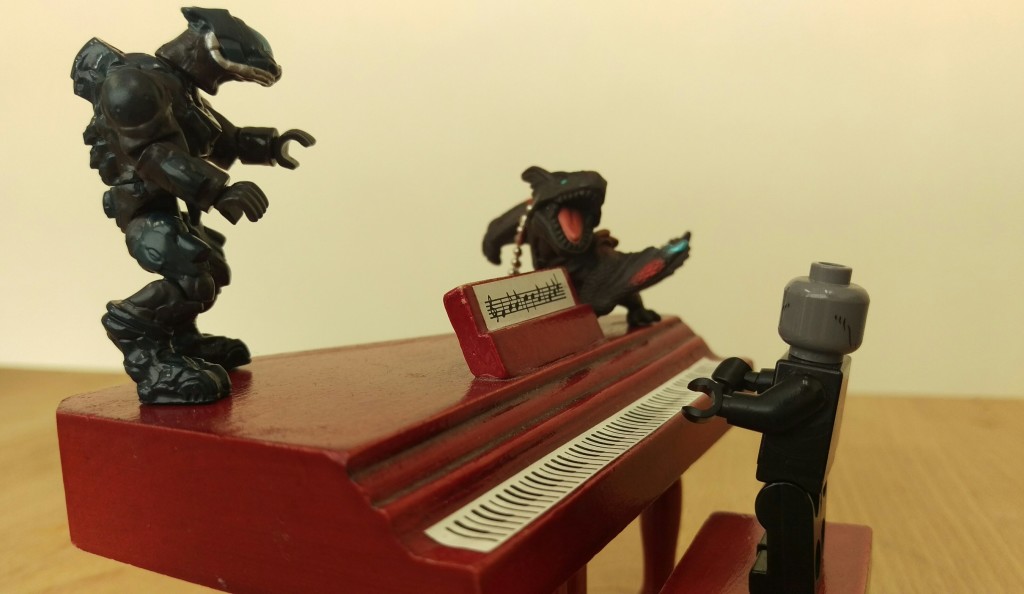 I’m not sure how true any of this is. After all, I feel like I found non-gaming ways to waste plenty of time as a kid (and even now). If I add up all of the “wasted” time I spent as a kid on various distractions, I’m not sure how different it would be compared to a current kid’s “screen time” while playing video games.

As cool as having bottle-rocket wars with my friends may have seemed at the time, video games may be cooler – at least from a teacher’s perspective.

I realized that my choice was not deciding between ways I could influence kids to practice more piano and play less video/online games. The real choice was this – Do I become active and dig in to the psychology of why the games are so engaging (borderline addictive) and borrow some things? Or do I let this become something I fight until the next big “distraction” overtakes it and divert my negativity towards the new thing? I know there are probably more choices, but I wasn’t smart enough to figure those out.

I tried to read up on research regarding the engaging nature of gaming. I also began to ask kids to show me their games when they were waiting for lessons to start or even once they got into lessons (for only a few minutes) if they had their phones/devices. I would ask them what they liked about the games they showed me. I asked them to demonstrate how they accomplished certain things. I asked if I could try and for their help when I didn’t understand what was going on (which was all the time). I asked them about what each of the obstacles meant, what the deal was with the “bad guys/creatures” and why their character was a “good guy/girl/creature”.

I learned a lot from this. And once I observed and spoke to enough students, I had no inkling of frustrations with these games. I just came to the obvious realization that the games were better at engaging the kids than I was as their piano teacher. And honestly, more engaging than the way I was taught as a kid. I couldn’t really blame them for wanting to do it more than piano.

Every student was able to verbalize what they were trying to accomplish. They were able to coach me very effectively (especially for their age) on what I needed to do to succeed. They were able to tell me the storyline of the game and the characters. They were able to reference sources they discovered online to help them “solve” the game in tricky areas on their own. I could go on-and-on but you get the idea.

They were invested. I simply wanted to borrow the engaging parts and apply those in our music lessons. I actually think of my studio as a big game now. This requires no technology. It simply required the components to the game. If you like technology, great! If not, equally great! It doesn’t matter. I’ve tried so many music learning apps that don’t integrate the engaging parts of the games kids love because they think kids will engage with anything that has a screen – it’s the least important part of the equation… And this is coming from a big music tech nerd.

There are too many things I’ve integrated into lessons for me to write about here. But here are three core pillars that can help us begin to close the engagement gap:

There is a lot more to this. But hopefully this can help start the process of engaging more effectively.