Connecting to the Source Aligning Our Efforts with Musical Inspiration

I was excited to be placed in the Miles Davis Ensemble at the beginning of a college semester. Miles was one of my heroes and our leader said we were going to do original music in the style of the famous quintet with Wayne Shorter, Herbie Hancock, Ron Carter and Tony Williams. This made me more excited because I wanted to write music in that style to learn more about it. 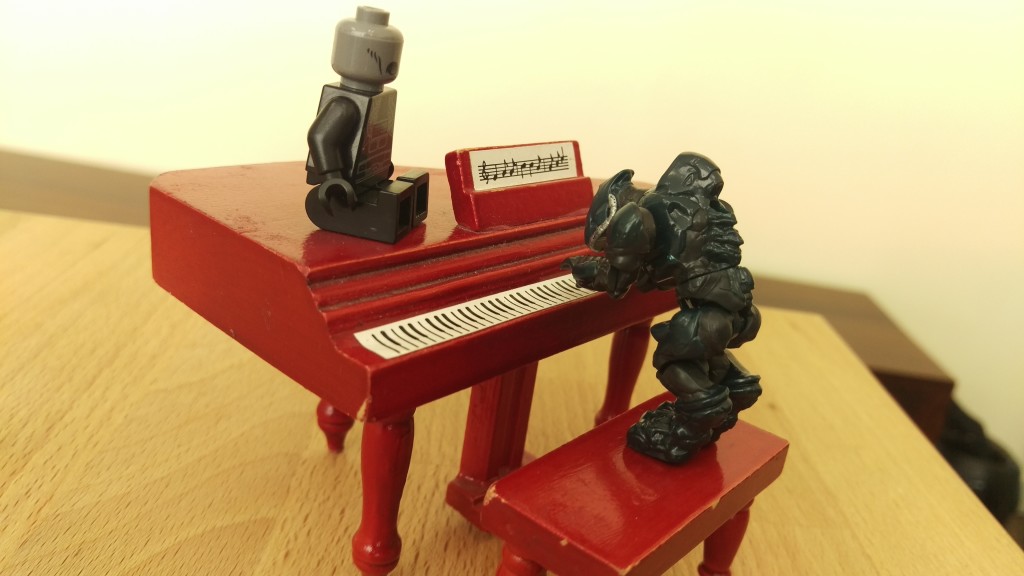 In our first meeting my excitement turned into disappointment rather quickly. A few of the players were pretty shaky and I realized that the charts I had written probably wouldn’t be able to happen with that group of players. The teacher was a well-known jazz player who had toured all over the world with some of the biggest names in jazz. He was the real deal as they say. However, he was often unable to articulate anything he was trying to teach us. Then he would become really frustrated with himself and not finish his instructions. I remember him saying to us over and over, “It just doesn’t have that vibe. You know? It’s gotta have that vibe.” That was often all we got from him.

Then something magical happened with that group. The teacher would say, “It’s gotta have that vibe. You know?” And follow it with, “Here, let me play the drums a second.” Or, “Let me play the trumpet for a bit on this one.”

In the first month, when he would play the tunes with us and for us… We had no idea what he was doing. It was so far beyond where we were in every facet. He used no words – he simply demonstrated. But he didn’t demonstrate specifics, he was demonstrating “the vibe”. He left the specifics to us in our own practice time.

All we could do was imitate “the vibe”. Every class went this way. Several times a week for at least an hour. By the end of the semester, this group showed more improvement than any other group I’ve ever been a part of – both as a player and a teacher. By not having the ability to verbally communicate basic concepts to us, he just went right to the source – the sound of the music. We didn’t play thinking about all the things we were supposed to do or not supposed to do. We were singularly focused on the vibe and sound. We worked out the notes and technical issues on our own time. The band was smoking after a few months.

I use this every day in my teaching and practicing. Non-verbal communication is often the most effective because the music we play is non-verbal. I don’t spend much time anymore on talking about what a staccato is or what phrasing is or how our hands should look. We experience it – we sing it, play it, play with it, distort it, exaggerate it, understate it and then perhaps settle on our favorite way – the way with the best “vibe”.

But how do our students know what the best “vibe” is if they’re still learning?

For any piece a student plays, I have them find four recordings (minimum) of their current piece. This ensures that the musical source is aural – not visual (a.k.a. the score). Then we use the score to serve the sound, rather than the sound imitate the score. The students copy all four (or more) recordings. They learn the differences in each artists’ articulations, phrasing, pacing, etc. Then I ask them to demonstrate each approach for me. I often ask them to play along with the recordings and not look at the score. Then we work on how each version would be notated differently so they can associate things on the page to sounds on their instrument – hearing the sound first in their mind.

After working like this, I’ll simply “turn them loose” and ask them to play it however they want. It’s truly inspiring how much originality, personality, enthusiasm, precision and control they demonstrate – a.k.a. “vibe”. All this while being steeped in the tradition of the other recordings. The notes and rhythms are always solid because they were motivated to work them out on their own so they could keep up with the recordings. They are singularly focused on the sound and how it communicates with themselves and their audience (even if it’s just me in the room).

I’ve found by simply removing myself and as many of my words as possible, we get to work on the “vibe”. Everyone wins if we get to that place.