While in college I started teaching piano lessons regularly. I could play piano, compose and improvise on a standard college level – but teaching was a whole different animal. Thankfully, I had great teachers growing up and could call upon my experiences with them to help the lessons become productive as quickly as possible. The methods were helpful to a new teacher because they had written out instructions for teachers and students. They also isolated concepts into lesson books, theory books and performance books. 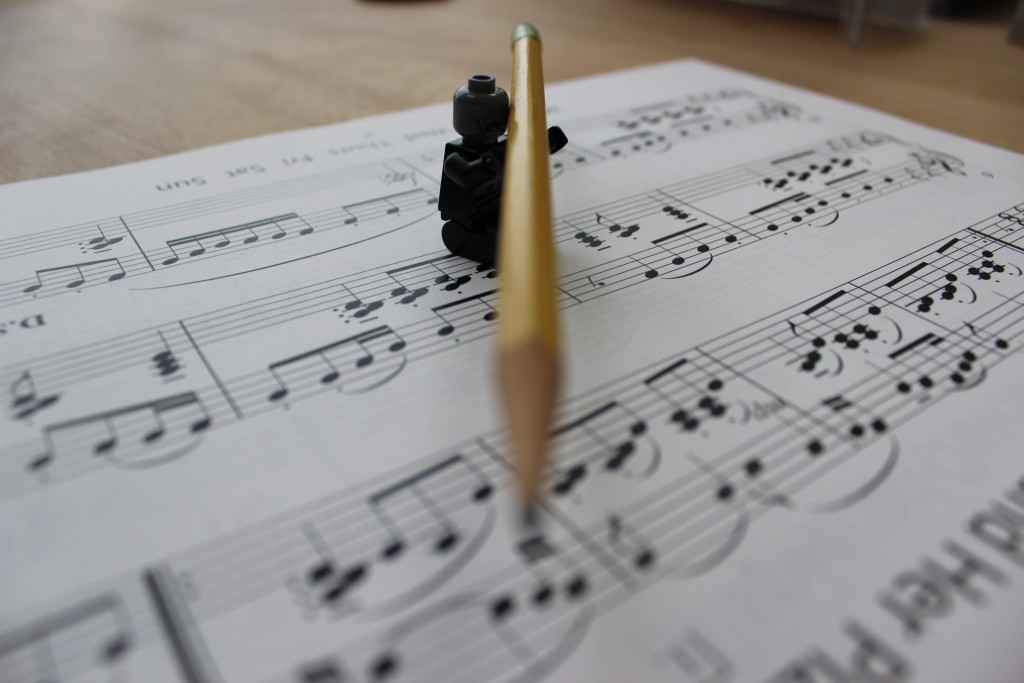 Fast forward to today – it’s impossible to imagine introducing and teaching theory the way I used to. I took up so much valuable lesson time teaching theory and checking their theory homework. I eventually came to the realization that learning theory as a separate activity does very little to help students perform better and understand what they are playing – even though we assume that’s what it’s for.

I’ve had so many advanced transfer students over the years who could ace any theory test I threw at them and impressively play their Scriabin and Prokofiev. But when I asked them to improvise a short four- or eight-measure phrase using the same devices that Scriabin and Prokofiev used in the piece that they had obviously spent a lot of time on, one of two things would happen:

In this situation (which is a really common application of theory in the real world) all of their theory chops only served them in one place – their theory tests or theory assignments. And a little bit when creating something New Age sounding or classical era influenced.

Digging into theory has always been one of my favorite parts of playing, teaching and learning music. Several of my students have won international composition competitions and received scholarships to colleges because of their compositions and arrangements. Many are now making a living arranging and composing music. We hit theory really hard in the lessons. I just no longer treat it as being separate from performance and practice. And I no longer have separate books or classes to teach theory – or even set aside separate time in the lessons for theory. We are always working on theory and we’re always working on performing… The two are no longer separate in my mind, my classes or lessons. I can’t imagine teaching a theory class to a group of students without having them performing the theory concepts for or with each other.

Here are some basic examples of how we can link learning repertoire and theory in lessons:

There are too many benefits to list here when it comes to teaching this way. However, one of the best things about this approach is that it allows us as teachers to be musically creative in the lessons. This carries over to the students and they begin to think of things very creatively – while mastering the concepts and structures.

The thing I always tell my students (and myself) is, theory means nothing unless you can do it in real-time. In other words, if we want our students to know the interval of a minor 6th really well; they should be able to improvise a melody using only minor 6ths over the tonic, subdominant, dominant and all the other sounds they will ever experience – in tempo, in any key.

Music and theory happens within intervals of time. Our theory needs to be able to serve us in the allotted interval of time between notes, measure, beats and phrases or it’s not very helpful to how we play music.

Real-time theory helps us all be more in the moment when we perform, teach and practice music.