For a few credits each semester in college, I decided to focus on computer science classes to experience a different world than the one inhabited by music majors. 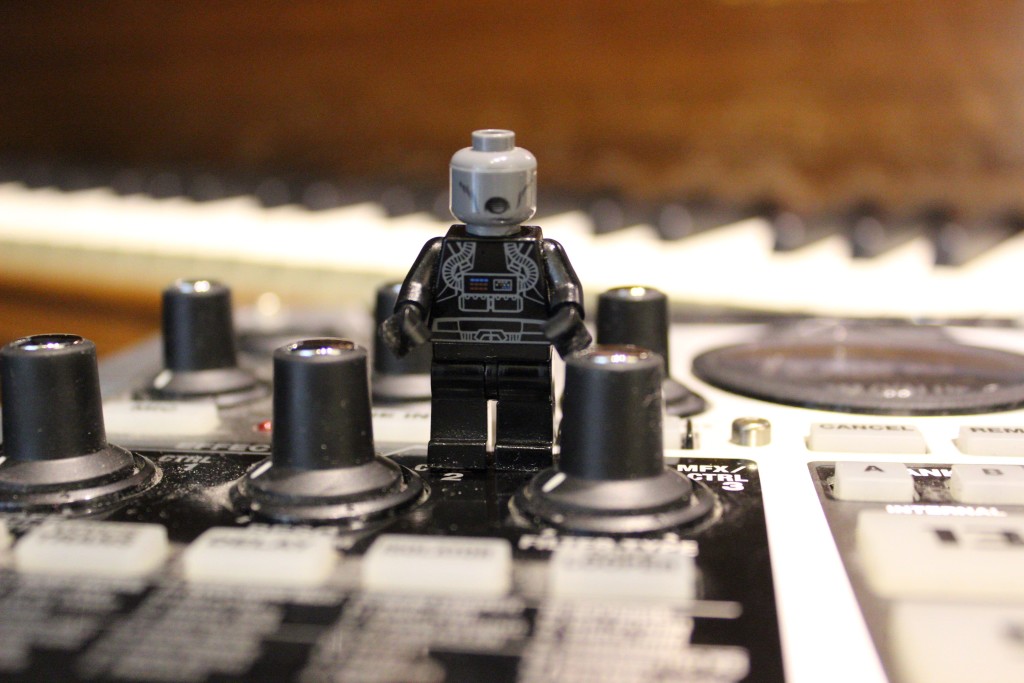 The programming world had become enamored with object oriented programming. It allowed programmers to call upon “objects” and plug them in to bigger programs. So a programmer wouldn’t have to sit and program how to make a window work – because that code had already been written. It was contained in an object that could be plugged in and tweaked. It required programmers to think differently than they had before. There were many debates between logic based versus object-oriented programming at the time (this is all a gross oversimplification by the way!).

When I moved to Seattle it was around the time when DJ’s and electronic music producers started to carve out a niche in the music scene around the world. Mark Bell, Aphex Twin, Squarepusher and countless artists were starting to sustain a musical movement that was changing how people listened to, created and performed music.

Many musicians I knew turned their noses up at this music because the DJ’s, producers and electronic musicians weren’t playing an instrument – they only played records or produced the music in a studio. Or as many said at the time, “All you have to do is press ‘Play’.”

I realized this was the same exact debate that the programmers were having. Since music had become more accessible than ever, it would only make sense that people would start making art from the preexisting, bigger pieces – they would start creating from the macro. Whereas musicians and composers in the past would have to master the micro before being able to create a piece or an improvisation.

Stravinsky (and many other composers over the years) was onto this. He was often “quoting” famous works in his pieces. One of the most notable of course is his ballet, Jeu de cartes (Card Game). He used famous themes throughout as if he were dealing cards (themes).

The way concert pianists can spend 8+ hours a day at their instruments, many electronic musicians and producers spend the same amount of time chopping out their favorite snippets from preexisting recordings only to reassemble them with snippets from other sources into a new creation. Many artists now can create live improvised pieces with the snippets thanks to today’s technology.

The growth of possibilities in creation is moving nearly as fast as the advances in technology. However, it isn’t necessary for us to keep up with every single innovation and gadget to play or teach current music effectively.

But I feel if we sign up to teach young students, we do have a responsibility to know what’s going on in social/modern music and know how to effectively communicate to them why it’s important to work on the things we are doing in the lesson in relation to what they are hearing and seeing in their world.

If we teach piano and can’t use this video of Jeremy Ellis playing chopped samples on beat boxes to demonstrate why it is important to work on our trills and quickly repeated single notes, then we may be in trouble (as are our students):

I’ve had so many students who resisted working on technique come back fired up to work on it after seeing this video or others like it. Jeremy grew up in a house of pianists if you couldn’t tell by the video.

As musicians, we can leverage the fact that we did the work practicing the micro (scales, technique, arpeggios, cadences, improvisation techniques, etc) so that we can provided clips and samples for producers to use in their creations… Or use them ourselves if we are also able to do the macro – as many people today are.

Flying Lotus has often discussed how his last album he brought musicians over to his house they just jammed and recorded. He later went back and chopped everything up into the beautiful record called “You’re Dead”. Live musicians and electronic music producers are starting to merge mastery of the micro and macro in ways that will only blossom more over time and experience.

None of this is new for people who have followed it. It’s really been going on since before electronic music. However, for many piano and music teachers it’s often intimidating to venture into technology. After spending so much time working on piano music, it only makes sense.

We rationalize how nothing feels or sounds better than the grand piano. This may be true. But do we want to be the ones responsible for our students not being able to participate in the music of their time because we didn’t reference ways they could integrate our lesson material into the music of their generation? This could either be contemporary art music or popular music.

Many teachers think of adding technology as a teaching aide as being enough of a commitment to technology on their part. It really isn’t. It’s probably the least important in the scheme of things.

Technology is not a quota to fill in a music lesson or class. In my opinion, it should not be thought of as a separate thing from playing music. It’s short-term to add technology to the lessons so students will like playing music more. If we communicate it effectively, music is the ultimate reward – not anything technology related.

Using technology to create the music is how to get them hooked on music and see the technology for what it is – a means to a creative end. The students and I discuss how technologically advanced a grand piano was when it was made 300+ years ago. To get several thousand moving parts working together to make music is a miracle – especially back then. As amazing as the technology was, it was simply used as a conduit to make music.

When I teach I barely use modern technology in the lesson even though I perform with it all the time. However, most of my students bring in their laptops or devices with all of their “technology” to show me music they have been making. We regularly discuss the micro (their playing) and the macro (what they are creating on their technology be assembling their clips or other musicians). Every traditional thing I ask them to learn has potential modern applications. They are always expected to bring their traditional pieces ready to play in the lessons and their modern application ready to demonstrate/play.

As musicians, we simply have a choice – to view technology as an instrument with creative potential and respect those who have put in the time to master it or as a threat or insult to the work we’ve chosen to put in on our primary instruments (aka often traditionally accepted technology).