Slow practice has been a point of emphasis for generations of music teachers and players. When we do give a reason or reasons as to why we should practice slowly, it usually revolves around the increased accuracy of executing our pieces. It helps build good playing habits, correct muscle memory and overall accuracy. 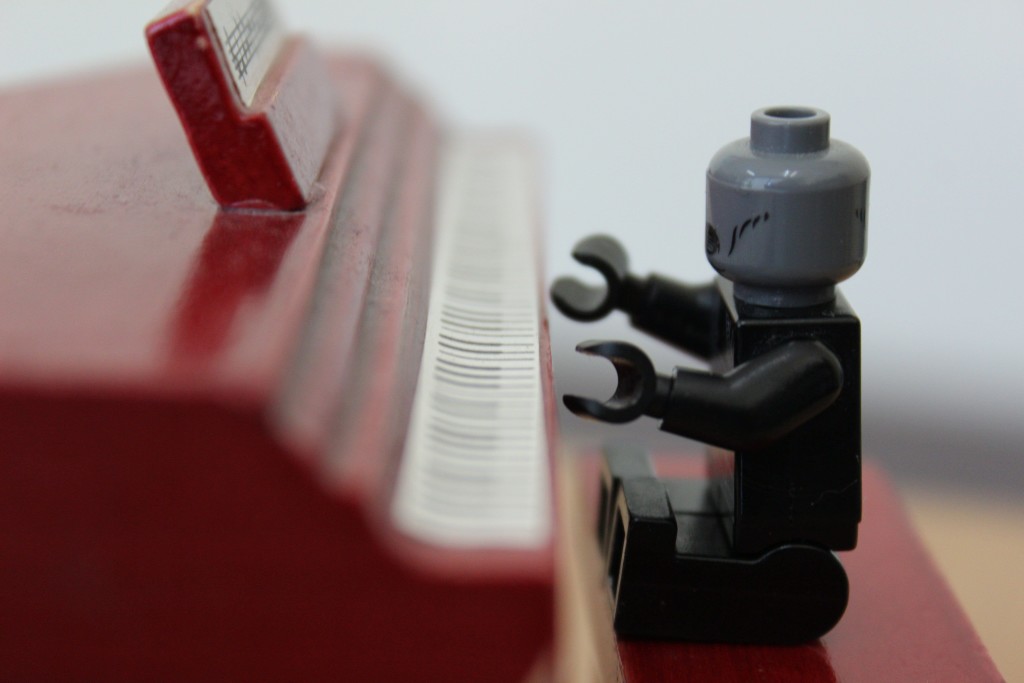 As amazing as these benefits are, I’ve found that the most beneficial result of practicing slowly is how it develops our ears.

Miles Davis once said that when he first moved to New York to play bebop with Charlie Parker and Dizzy Gillespie, it took him a while to be able to hear as fast as they were playing.

This story stuck with me as I began to teach piano students and deal with my own shortcomings in ear training. I remember taking the AP Music Theory test during high school and a similar entrance exam in college and not missing any of the ear training “questions”. Even though I could identify the intervals, chords, melodies and transcribe the chorales that were on the tests – things weren’t as settled as they could have been.

I found that every students could eventually get to the point where they could be very accurate when it came to standard ear training exercises. However, I felt that it didn’t translate into them playing their instrument better – which is why they were taking lessons with me.

Through experimenting with my own practice and working with a few students who really were unable to connect the ear training with the playing, I discovered some ear-training techniques that really helped students improve their playing. Here are a few of the most basic ones:

Drones and Pitches: Play an octave drone on the piano (or stream Steve Treseler’s “Drums and Drones” tracks from any streaming service). Sing the various scale degrees until students (or you) can quickly and accurately sing all twelve chromatic pitches against the drone. These can be identified with solfège or numbers so that they are easily transposed when the time comes.

Drones and Simple Melodies: Droning on the tonic, sing a simple folk melody. Change the keys of the drones and try and sing quickly and accurately in all twelve keys. Then start changing the drone from tonic to the dominant. Then the subdominant. Eventually, get to where the melodies can by sung over the drone in all twelve keys. For example, sing through “London Bridges Falling Down” in the key of C Major while the drone is playing an Ab.

Altering Scales and Using Modes: Using the same “London Bridges Falling Down” example, sing this melody with the drone on tonic except change the mode to lydian. This will help students hear the chromatic tones one note at a time. They could then try singing it in major except with a lowered 6th scale degree. Or go through all the major modes – for example, go from Ionian to Mixolydian (same as Ionian for “London Bridges”) to Lydian to Dorian to Aeolian to Phrygian to Locrian. Then try the same thing in the modes of melodic minor. This can take months or years but the students will play way better once they can do this.

Take a Picture: We have a game we play at my studio called “Take a Picture”. The students are asked to close their eyes. Then when we say, “Take a picture” – they open their eyes and quickly scan over a piece of music singing it in their head while we count down from 10. When the countdown hits zero, they either close their eyes again or close their books and we count them in to start playing their piece. This is great for merging ear training and sight reading. It really helps tie together all the ear training activities mentioned above to performing their pieces.

Once students get really solid on all of these methods, we simply make the pieces more challenging. We eventually go from “London Bridges Falling Down” to “Donna Lee” by Charlie Parker. Just like practice, we slowly build them up so they can learn to hear as fast and as accurately as they need to play whatever they may be doing on their instruments.