The Making of a Record – Part 2 Defining Roles

Welcome to part two in the series of posts about making a recording. This post will talk about the roles that people play in a recording and how to define those roles. If you missed part one, you can click here to read it. 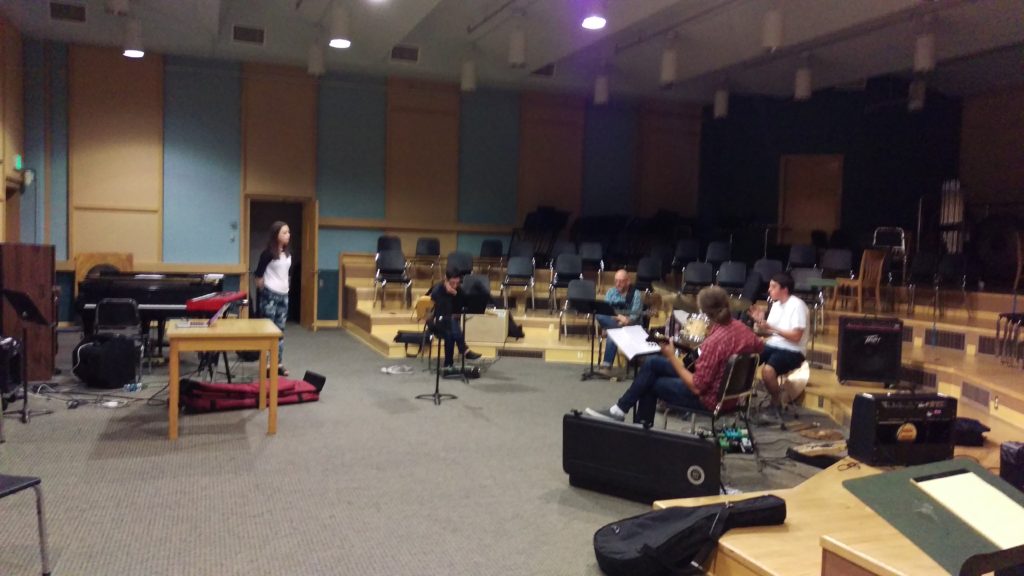 Long before Anna recorded her record, she was very clear in defining everyone’s roles. This takes a lot of pressure off all people involved so that they can focus on their tasks and not be confused or stressed as to what they are being asked to do. As with many things in life, it’s always great to have people contribute in areas that they are very proficient in or experts at.

Here are the roles that were defined for this particular recording. It’s possible that one person could wear all of these hats. Or maybe everything is split between two people. It’s also possible that several people do each job – or there is a main person for a role and that person has assistants. This is often the case with large-budget projects. But whether there is one person doing all of these roles or a hundred people, it’s a good idea that the roles are clear because they also mark the beginning and ending of different stages of the process.

Here are the most common roles:

Songwriter(s): Assuming that the project is all original material, the songwriter will need to know they have final say in songwriting decisions. Most writers will be open to feedback. But there should be maybe one person the songwriter uses to help them make their final decisions. Too many cooks in the kitchen can cause projects to never get off the ground. See part one for more on this.

Arranger: Taking a song and arranging it into something that will come across effectively on a recording is an important step. I remember reading a Norah Jones interview where she said that a recording can be made great simply by arranging the songs really well. This doesn’t necessarily mean reharms, horn parts, string parts, etc. Looking very carefully at the length of the sections, the order of the verses, choruses, pre-choruses, solos and interludes can make or break a recording. Sometimes an arrangement can make a song that was thought to be average into the best song on a record. If done poorly or lazily, a great song can fall totally flat.

Producer: Producers wear several hats in the process of making a recording. Since most members of bands or artists have strong opinions of what they want or don’t want, they often don’t see the value of using a producer. I felt this way for the first several records I was on. However, producers can really allow everyone the freedom to do their job at the highest possible level. Producers typically have some tech savvy to help problem solve technical issues and translate artistic vision with engineering approaches. They should know the music well enough to help tighten up things before the recording when meeting with the artist as well as during the session when the musicians can’t always tell what’s going on during a take. They can help make decisions that will help the mixing and mastering process go more smoothly. And generally see the process through during it’s various stages. They make sure the project stays on time, that the recording sessions don’t run overtime and that everything stays on time and budget.

Musicians: Find musicians that can bring your vision to life. Recording is a different animal from playing live. Make sure you have separate rehearsals with the musicians leading up to the rehearsal so that parts can be worked out that will come across in a recording. The producer should be at a rehearsal or two to help tweak arrangements or choices musicians make that could effect the vibe or mix of the record – what works live will not always work in the studio. Hire musicians who can play the type of music you are recording. It doesn’t make sense to hire jazz players if you’re wanting to make a straight ahead country record – or country musicians if you’re trying to make a hip hop record. Some players can do everything and that’s great – don’t be unrealistic though.

Engineer: Engineers are responsible for getting the right sound for your record. I would recommend having an engineer provide you with demos of their work in the style that you want your recording to be. If you’re trying to make a jazz album and an engineer only can provide you with heavy metal demos, it may not be the best fit for your project (maybe it will be great – but they should get you more appropriate demos). The engineer sets up the mics, gets sounds and troubleshoots any technical issues during the actual recording process.

Editors: This maybe wasn’t such a big deal 20 years ago, but editors are becoming really important thanks to computer recording software and the ability for musicians to do take after take. Editors go through many of the takes selecting the best sections, takes and performances. Creating a collage of takes that will be the final recording.

Mix Engineer: The mix engineer takes the edited files and turns the multiple tracks into a stereo version. This is a very creative process in and of itself. Typically the artist will have input in the mixes (or they should) once the mixes get to a certain point. Once the mix engineer gets the mix to a certain place, they will often work with the artist and producer in deciding how to approach certain creative decisions with mixes, effects, timbre and overall vibe of a final recording.

Mastering Engineer: Mastering takes the final mixes and makes them more full and consistent so that they can compete with other tracks on the radio or internet. Mastering engineers typically deal with the final stereo mix and make a series of subtle changes to help get the final mix ready to be released.

Visual Artist: People do judge books (and recordings) by their covers. Make sure the artwork pops on your project. People will see this before they hear your project. The art and music should match somewhat (or somehow make sense to the listeners).

Publicist: Publicists are people who help your music get heard on the radio and/or reviewed in magazines, papers and blogs. They can be very expensive. But a good publicist can help your record reach more than your friends, family and current group of fans. I won’t go into too many details here, but do some research on publicists and see if you find someone you like who can help you.