There’s an assignment that we often miss as teachers. And it’s one that always makes our jobs way easier – maybe easier than anything we could have students do. Over time it simply transforms our students’ musical experiences and their abilities.

Students should be asked to listen to music each time we see them. It can be done in casual conversations about what they’ve been listening to (or what we’ve been listening to), to more precise assignments based on what you’re working on in lessons. 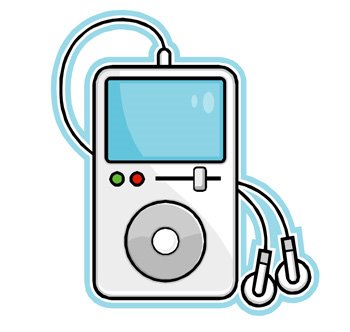 My favorite thing about including assigned listening as part of any private- or group- lesson curriculum is that students gain a knowledge that is non-verbal (like music). They learn to process sound directly from the source – whether they are creating the sound or absorbing the sound. They learn to manipulate their own sound so they achieve the same effect on their audience (or themselves). They don’t let spoken language or vocabulary get in the way of themselves or their sound.

I find that I rarely have to have discussions with the students about what they heard or if they’re really listening to music at home. As soon as they start to play anything, I have a pretty good idea as to whether or not they’ve been listening to music during the week between lessons.

For most students, I think it’s important that their listening to practicing ratio through a week is 1:1. I mean active listening… In other words, they have their headphones on with no distractions as they let a performance really sink in. They can do this by trying to play along, by identifying the instruments they hear, by playing the melody back from after one listen, by playing the chord progression, by just keeping time with the record or clapping along, etc.

Once I learned to leverage the listening that my students were doing outside of the lesson during the lesson, my students really began to soar.