Repetition has long been a staple of music pedagogy. As students we were always asked to play the same section a certain number of times in a row to obtain “mastery” (whatever that is). When most of us became teachers, we just continued the tradition. When I broke from that tradition I noticed that my students started to improve much faster and their playing became more personal and lively. 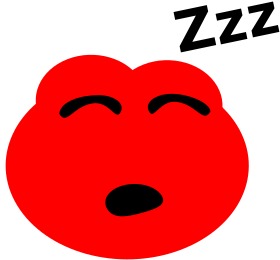 After spending a couple of years and studying brain science in education classes and reading more books on the topic, I realized that findings in the brain research world didn’t line up with our idea of repetition and its perceived benefits. People who have access to the budgets and data to create a much larger sample size than what any private teacher could achieve, found that fluid repetition is more beneficial than stagnant repetition. In other words, if we practice something the same way several times in a row the same way, eventually our good habits become bad habits.

Have you ever performed a piece that you sounded amazing on at home only to make many new and random errors at the performance? Or have you ever sounded great at home only to come to a lesson and sound horrible? Have either of these ever happened after playing the piece time after time in a way you were really pleased with?

These are symptoms of repetitions that were correct, but were forming bad habits. The bad habits may have been hiding out beneath these solid repetitions at home only to pop out when something around you changed – like your environment or the instrument or your mood, etc. When we get comfortable and our repetitions have very little on the line, bad things happen at the worst possible time.

One teacher described this as being similar to a sled going down a hill with fresh powder. If your sled makes tracks the first time, then you start in the same place and use the same tracks each time you will eventually be sledding down a trench that is hard to get out of. And what may have been a perfectly fun run down the hill can turn into disaster when a tree root or rock is exposed. We could have perfectly good runs down the hill by taking a slightly different path each time. And that would give us the flexibility to adjust so we can avert any danger or challenges.

I began to make sure that I never asked my students to play something three or five or seven times in a row at the same tempo before moving on to the next thing – this was how I was taught. Instead, I made sure that student was always a little bit uncomfortable and on edge for each repetition. They improved their focus and over time had the ability to react on the fly to less than optimal or stressful conditions. It also eliminated poor performances… As long as they practiced, they general felt way more at ease when they got into performance situations and were able to focus on telling their stories without being thrown by unexpected errors.

If you came from the same tradition as I did, you will probably pretty skeptical of this approach. Try these things over the next few weeks and months with you students (or yourself) and see how altering repetitions can change your students’ playing…

Be creative! You are a musician and artist after all. Try different combinations from the list above and think of countless other ways you can add value and impact to your repetitions.