How to Make a MIDI Recording

This post in the recording series will be on recording MIDI. MIDI recordings give us a lot of power when it comes to creating high-quality recording. If you come from generations where MIDI means stiff, rigid or unmusical recordings; get over those conceptions. Things have changed. 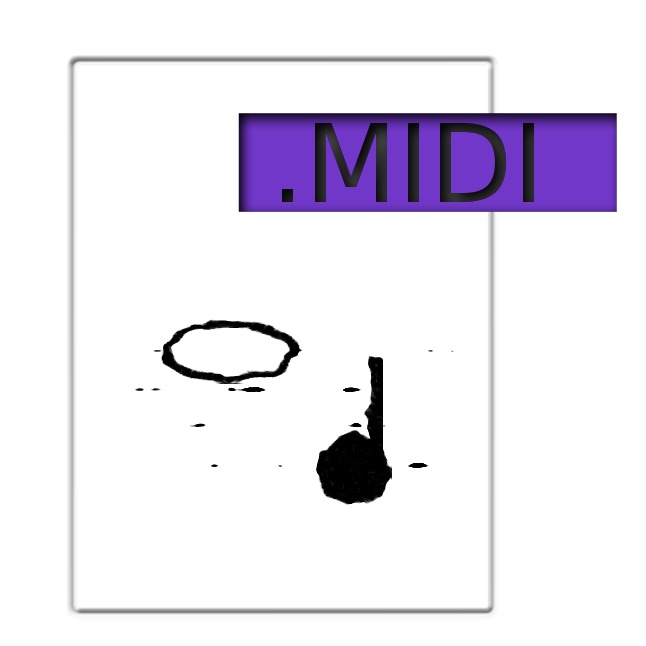 One of the main advantages of recording with MIDI is that the sound quality will often be better than most mid- to entry-level microphones. When we record MIDI we are actually only recording the musical information, not the audio. So MIDI files are very small. MIDI recordings simply capture when a note was played, how long it was held (duration), how hard it was struck (velocity), what you did with the key after you struck the note (after-touch) and whether you used any pedals (and when you used them).

The MIDI recording itself can’t produce any sound. This is because there is no sound in a MIDI recording. The sound will be produced by a synthesizer or sampler of some sort. We don’t need a synthesizer outside of our computers today. Most basic recording software that comes with computers today has built-in basic synths on the computer. This gives us a lot of flexibility when it comes to recordings. We can actually make a whole orchestra or band recording just by using a small keyboard and built-in sounds from our computer.

The way we record notes into our computer is through an instrument called a controller. It can be any keyboard, digital piano or MIDI instrument. If you search “61-key MIDI controller” online, you’ll see some various options. The controllers are really different than the traditional keyboards and synthesizers from the past because they have no built-in sounds. So they simply won’t work unless they’re plugged into something that has sounds on it – like your laptop. Today, this is usually done via a USB printer cable.

The path of information is as follows:

Much of this information can seem a little overwhelming because it involves a lot of new vocabulary. But honestly, you don’t really need to know this stuff to make great recordings. Trial and error is the best way to learn You can’t mess anything up with MIDI. You can always undo anything you’ve done.

Here is a step-by-step on how to make your first MIDI recording with your computer. I’m using Reason to demonstrate but GarageBand and many other free programs will look and feel the same as this.

Open your DAW (recording software aka digital audio workstation). From the “create” menu (or right-clicking on your sequencer) select create new instrument or create new MIDI track. Once the track is created you can select what instrument you want to record… I chose a piano sound (remember the sound is coming from the computer). There are instructional images throughout this post, if you’re getting this via email and can’t see the images – click here. 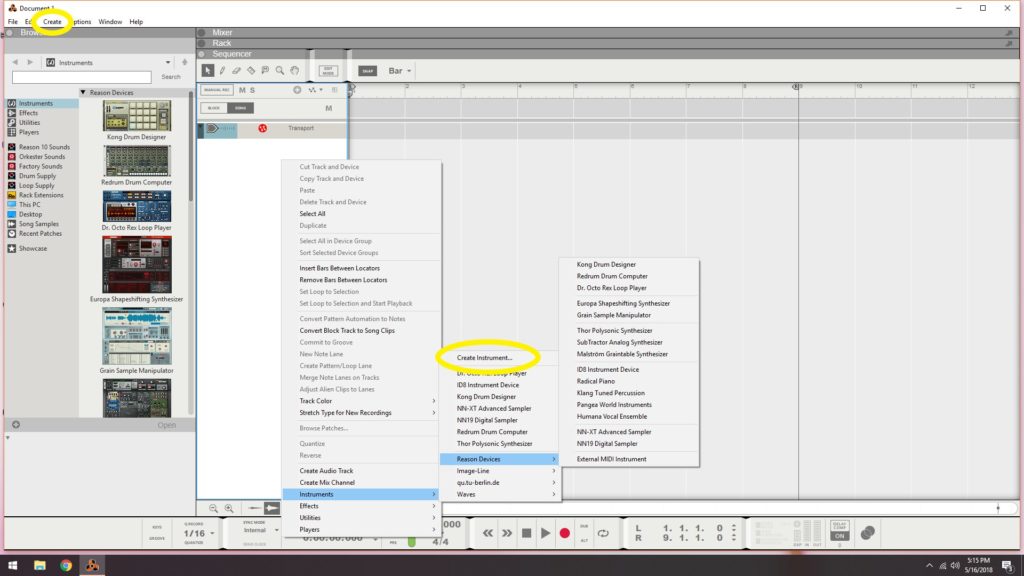 The recording process is exactly like the last post, except for a couple of differences. Notice that for this recording I’ve enabled the metronome or “click track” and typed in my desired tempo. This is because the sound of the click will not be recorded since you are not using a microphone. Plus, playing in time gives us a lot of powerful editing options later and it gives us the ability to layer more parts to our recording… If we record without the click and decide to add a percussion part, it will be a nightmare following the original recording if it wasn’t recorded with a metronome. We still have to make sure that the track is “record enabled” as in the previous posts. 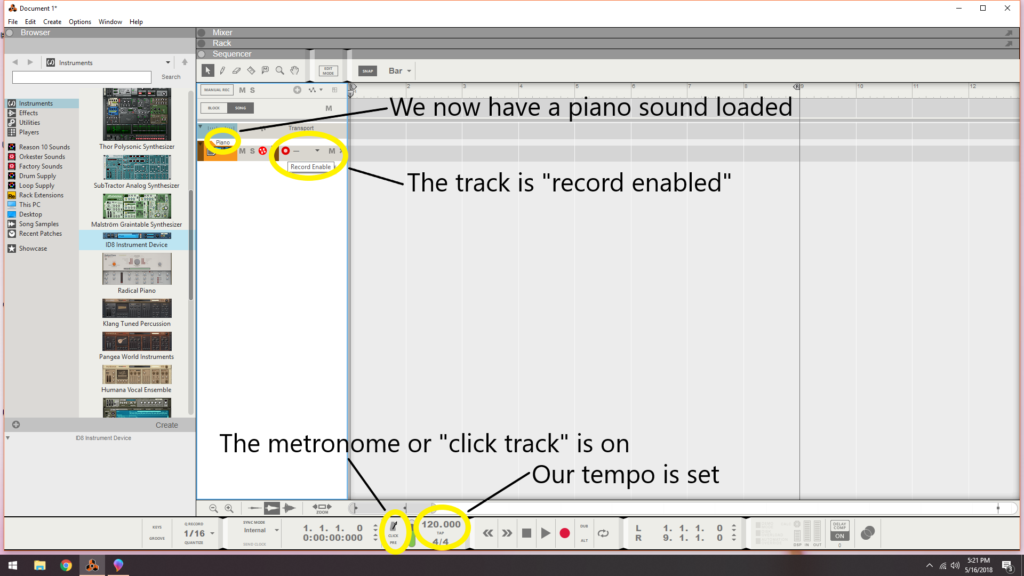 Before you record, set your pre-count or pre-roll or count-in so that it’s enabled. This way when you press “record” you’ll get a one- or two-measure count-in. Once that’s on, press record and wait for the count-in to finish and start playing on your controller. 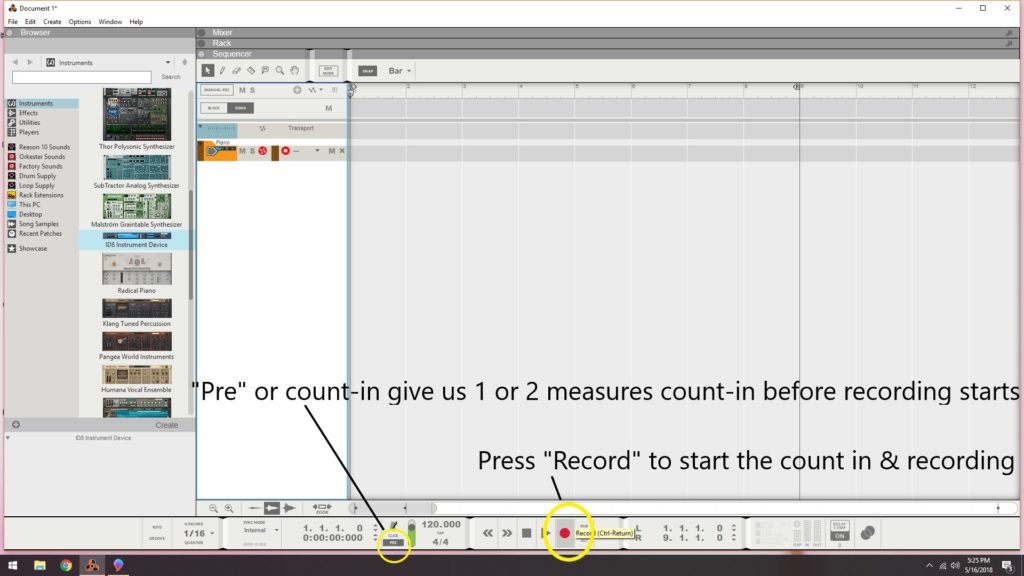 The notes will be recorded as MIDI notes. You can see they don’t look like the sound waves created when we made our audio recording. They are usually long ovals or dots.

Since we only recorded the data and the actual sound is coming from the synth or sampler from the computer, we can change the data and edit our recording. So if you were a little late on a note, simple drag it to where it sounds better. If you want to change a C to a C# because you missed an accidental, no big deal. Just drag the note up to a C#. 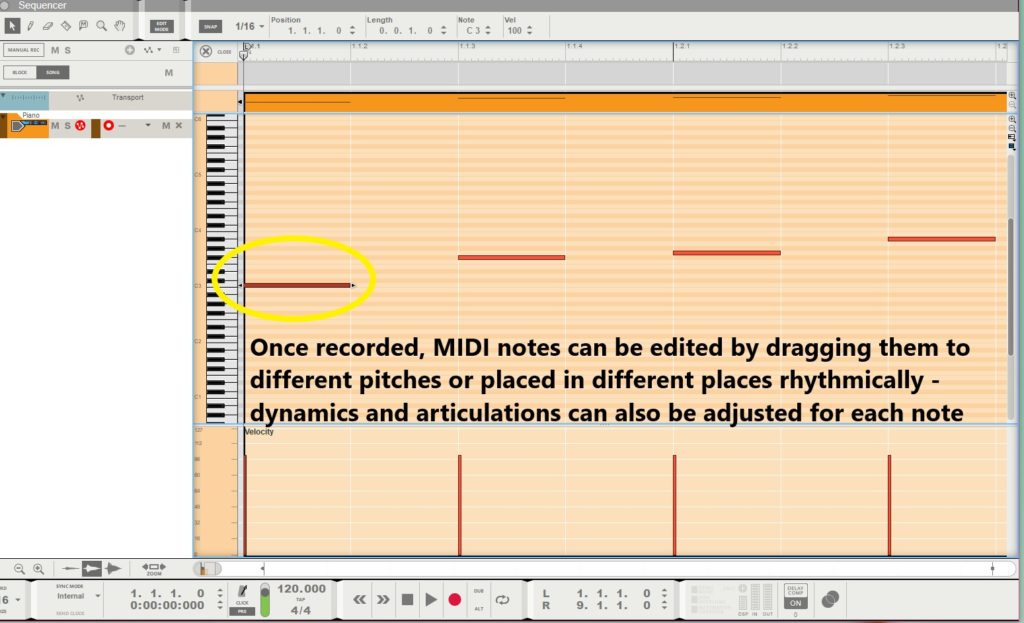 One of the coolest things about using MIDI is that you can change your sounds after the recording. Let’s say that you want to change your recording from a piano to a guitar. You don’t have to re-record anything. Simply change the piano sound to a guitar sound and the MIDI recording will trigger the guitar sound in the computer. 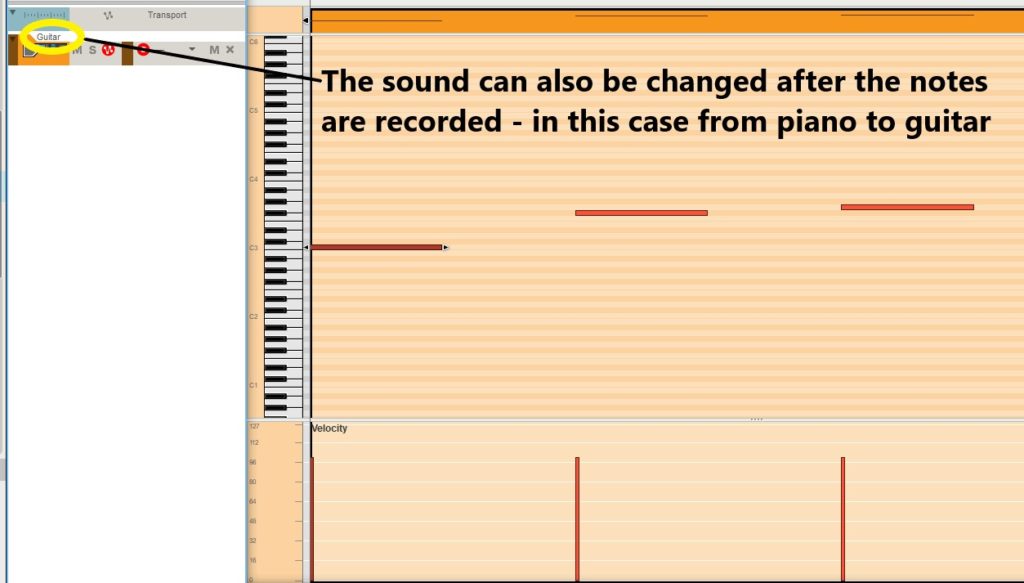 Let’s say you’re a pianist and want to record your hands separately. This way you can practice hands separately while playing along with a recording of the other hand’s part. Record one hand as we’ve discussed. Then create another new instrument track, record enable the new track and record the other hand. Now you have layered two parts that you’ll hear at the same time. If you want to mute a track, click the “M” button that’s usually located next to the record-enable button. 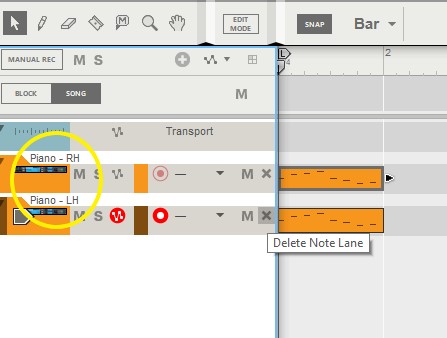 You don’t have to stop there, you can add a whole orchestra one instrument/track at a time.

Everything is flexible with MIDI. If you record a piece and decide it’s too fast or too slow, you can simply change the tempo and it will preserve the quality of your performance.

Try this out and have fun with it. I would have students as young as five or six making their own MIDI recordings all the time. They learn a lot about music theory, performing and arranging from the process.