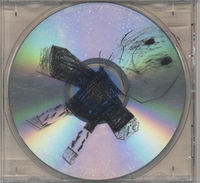 
This record was made towards the end of our run as The Jongleurs. It’s really different than our other records. I think it’s a really special record.

I played almost no rhodes on this one. The piano was something that we had only used very occasionally until this record. Everyone was writing music and contributing material which diversified our sound as well. Randy played trombone and killed it. That freed up Matt and Josh to play soprano and bass clarinet. And then Chris Garges hooked us up with some sweet studio time and expertise. I actually think he just finished everything on his own after we left to continue touring. He added a lot of percussion and did an amazing job mixing everything. What a luxury to swing through Charlotte for a few hours and not really have a solid plan to make a record – and then Chris push it over into a coherent project.

I’m so glad we had a chance to do this one.

Before the current hard-jazz-avant-punk scene of today there were a handful of innovators who paved the way in the mid 1990s. One of these groups was The Jongleurs. This quintet (and occasionally a sextet) toured the country in the mid to late 1990s playing everywhere from punk clubs and house parties to jazz clubs and even retirement homes.

3 was recorded live in a few hours while the band was on their final tour in 1998. They were in Charlotte, NC and had the afternoon free before a performance so their friend Chris Garges snuck them into a studio and they cranked out this final studio recording of the band.

Previously only available as a limited-edition CD release, and out of print for years, 3 is now available for digital download.