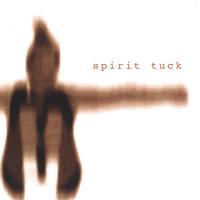 
Noisy, raw, robust and beautiful. A rockin’ instrumental trio that your parents won’t like.

A few words about Spirit Tuck…

Spirit Tuck was an instrumental rock trio made up of three of the more respected Seattle musicians. Forrest Giberson (bass) and Michael Stegner (Rhodes) came to Seattle after touring with their Miami based quintet, The Jongleurs. The duo immediately forged a strong musical connection with Seattle drummer John Wicks. Spirit Tuck performed regularly at many of the live music venues in the Seattle area for two years. This gave them the opportunity to develop an energetic and unique sound that has gained them fans throughout the Northwest. They played a regular Tuesday night gig at Mr. Spot’s Chai House in Ballard where they had guests such as Reggie Watts, Aiko Shimada, Wally Shoup and many more.  Their great live shows and inspired sound allowed them to gain fans in the rock and jazz communities.