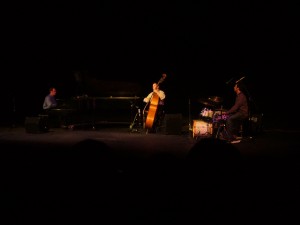 I wrote this tune on the piano. But I feel it really became a standard for the live shows when Aiko Shimada would sing it during our duo shows. I don’t think we ever recorded it. But this trio version captures the vibe. This was a concert that Byron Vannoy, Forrest Giberson and I did at the Everett Performing Arts Center.