I was once rehearsing with a multi-platinum record recording artist. I was given a few cd’s of music days before the rehearsal and jotted down keyboard lines, progressions, etc – whatever I needed to get through a two-hour gig of music I’d never heard before. There were no charts – just my transcriptions/notes. At some point the band leader turned to me and asked, “What are you looking at all that paper for? Music doesn’t exist on a piece of paper.” 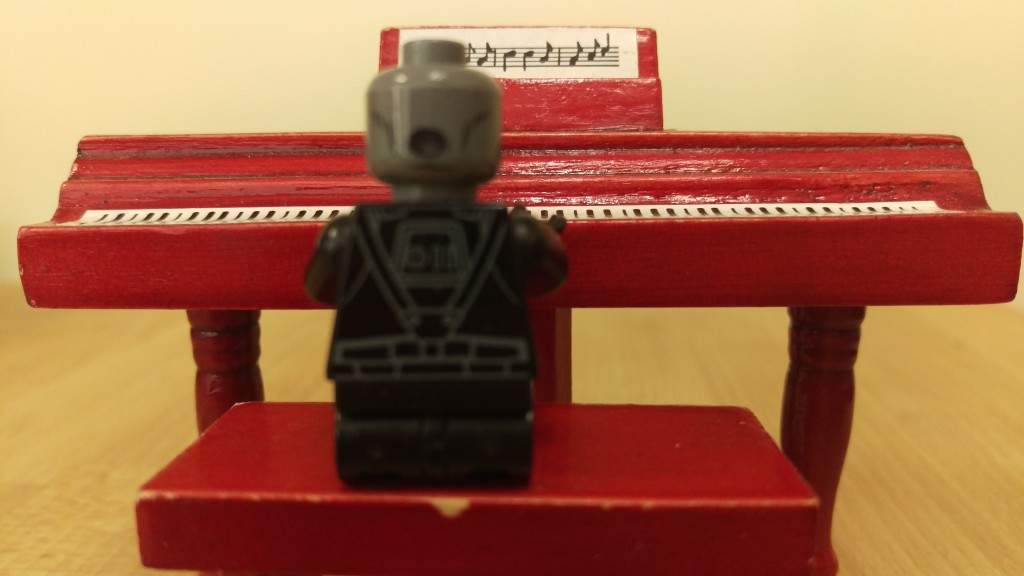 As the son of two music teachers who had a room in our house dedicated to a bunch of music that lived on a lot of paper, I wasn’t quite ready to agree with his point of view. But I did notice how everyone else in the room who was in the same boat as I was for this gig was not looking at paper – and they sounded way better than me. So I was at least willing to consider his point.

Over the years, my teaching studio grew to anywhere between 40 and 50 students per week. I started to notice how both great readers and poor readers alike became handcuffed by the printed page. Some students would take it too literally, others would never really read it and make the same mistakes over and over, many would need it on the music stand even though they weren’t really reading it anymore – I started to realize all of these things were very connected even though they seemed different.

Living in Seattle, it was hard to ignore the Super Bowl run and coverage that surrounded the Seahawks during the 2013-2014 season. The media was becoming fascinated by Pete Carroll’s unorthodox positivity in a sport that usually holds up tough-guy coaches. A reporter asked him about an incident with a college coach verbally abusing a player publicly during a game. Carroll refused to call out this coach directly but instead related it to his own growth. He said (paraphrasing), “I realized at some point that we ask so much of our players – they have to remember so many things and make decisions so quickly that if you add any layers to what’s already on their plates, they’ll be slow to react and not play as loose and fast as they need to. So if they’re thinking about all they have to do AND what we as coaches are thinking about them, then they won’t play to their potential.”

For some reason, this interview along with my experiences teaching and playing led to serious changes in how I taught and communicated with students about playing with or without music.

I never ask kids to memorize music anymore. Many lessons I teach now remove the printed music from sight as soon as possible. We simply play music at a high level without printed music. When we say, “Memorize this for next week.” We are adding a very substantial layer to the process – a layer that has nothing to do with musicality. With all the scientific research on how our brains work, there may be nothing less productive than having a student memorize four measures at time on a piece they have already learned to play with the music – aka the way I was taught. They’ve already learned the music – it’s already in there somewhere. They have to practice unlocking it.

As a student I always wanted to memorize the maximum amount of songs so I could qualify for “International” level at Guild. And now there is a fantastic movement of the 40-piece challenge written about here by Elissa Milne. The concepts I use are similar to this approach except modified to be “off-page” and cumulative. I tell my 10 year-old students that by the time the are 18, they should be able to play 400-500 pieces without the music. If I have a student who is starting high school, we always talk about how they should be able to play 100-150 pieces with no music by the time they graduate. How many of us can play the pieces we “memorized” 20 years ago? I no longer let the 40 pieces fall off the radar two years later – I’m always asking a student to play a piece they played three years ago with no warning. At first they freak out, but then they love showing off once they learn to recall the pieces better.

We simply take the time to build the ability to play without the page. We no longer memorize. Once they get used to it, they are able to play accurately with no music shortly after a piece is assigned. I always tell the kids, “You’re just playing along with the radio in your head.”

Here is a list of things we can do every lesson to grow their ability to play without printed music:

After building up their chops, students won’t cringe when you take the score away. They will become liberated and focus on performing in ways they couldn’t when adding the layer of “memorizing”.