Helping students get ready for performances has become one of my favorite things to do. I believe that deep down each child who wants to take lessons does so because they’ve been inspired by performances – either live performances, recordings or videos. When they realize they can be responsible for these performances themselves and not just moved by others’ performances, the process becomes very exciting for them. 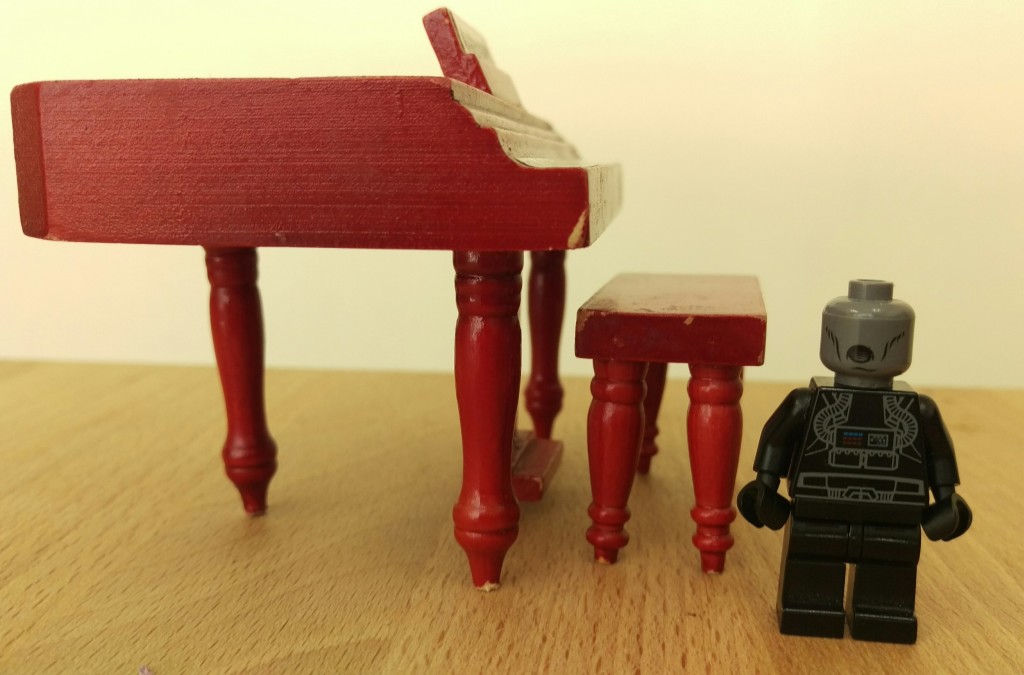 Having a great performance is the biggest reward a student can have for all their hard work. They don’t need awards and prizes. Brain scientists have built a lot of evidence through their research that kids younger than 12(ish) years old don’t need rewards for their actions. They are motivated simply by experiences and learning… It’s our adult students who need the rewards!

I grew up taking traditional lessons and would often perform several times a year for recitals, festivals, competitions, adjudications and school functions. In college I pursued a jazz performance degree. However, after all of that I felt that performances were still stressful at times. I was often unable to let things fly and play to my potential – even after “winning” festivals and competitions. Often, the only thing that made me sure that I had a good performance was the feedback I was getting from others. I really was missing the point of connecting to an audience because I was focused on meeting other people’s criteria. By waiting for an adjudicator, teacher or parent to tell us when we met their approval; we have given up our individual voice as performers.

I often get transfer students who are highly decorated pianists. They have “won” a lot of things. It takes about a year or more of really hard work to get them in charge of their performances. It’s sad that they have to go through this emotionally intense work. They have played a long time and have accumulated a list of criteria from all of the adjudicators, master class teachers, camps and private teachers. However, they often don’t know what they want to hear and who they are in relation to these influences. They only know what they think someone else wants to hear and base most of their musical decisions on that – it’s like being an insecure teenager for life.

I didn’t learn how to hold a room until I let all of this go. It took going on tour playing difficult, original music with a band I was in with my friends in college. We probably played a couple hundred nights a year. At some point I said, “Screw it, I’m going to play what I want to hear and how I want to hear it. I’m going to entertain myself with this performance.”

At that point, there was an immediate shift in the audiences’ reaction. All the years of playing in front of recital audiences and adjudicators trying to give them what they wanted was fruitless. They would simply take delight in my delight if I only knew how to find it. If we don’t learn to take delight in all the concepts being stressed to us by our teachers, clinicians, adjudicators, etc; then we really haven’t learned the concepts.

Here is one of my favorite methods to help us (and others) become delighted and excited by our own performances:

Perspective Shift: This is simple, yet effective. A student will play something for me, often waiting for me to start through the list of things we need to work on. However, I simply ask, “If you played that at the big concert hall downtown, how much would you pay to go hear yourself?” Sometimes I’ll have to help them out and say, “The last time I went to see a concert, tickets were $50. Would pay $50 to go hear yourself play that?”

At the beginning they typically laugh and say “no”.

Then I ask how much they would pay to hear what they just played. They often respond with $0 or $5.

I ask why… And they usually respond in a monotone voice by reciting a list of everything they’ve ever been told in lessons. “I didn’t do the dynamics well, the balance was bad, the phrasing was bad, I missed a note in that one sections, etc.”

Then I say (being 100% honest), “All those things you listed off were ok (maybe not great). I’m not so sure the reason you pay $50 to go hear a performer is to hear them do all the things on that list. Is that why you went to the Rihanna concert last week?”

Then I’ll ask them to try again and see if they can make it so that their performance would be worth $15 to them.

I’ll ask them if they got up to $15 and they don’t really know but they are a little more aware of their sound and tone.

Once they start playing with a lot of much higher level of self-awareness, then the magic can start happening.

Dynamics, phrasing, balance, time, feel, groove, storytelling can now be used by them to create more value in their performance. These concepts are now for them to use as devices to tell their story with sound – rather than ways to meet an audiences unknown criteria. They are listening to themselves as an audience member and making decisions based on what they want to experience as a listener.

Of course this “value” has nothing to do with the dollar amounts we’re tossing around. The value is how much they value their own playing and music. Now all of the sudden, phrasing takes on a whole new meaning to this student. It has value. Because if they do it really well, then they will be more delighted to hear themselves at the concert hall. Top dollar is simply means they are finding more delight in their playing. And if they find more delight in their playing, so will everyone else who hears them.

After a lot of work on this. I’ll ask them if they would pay $50 for what they just played and they respond, “yes”.

I often say, “I agree”. The difference now is that they didn’t need my validation or agreement.

They already knew. They communicated with the audience that lies within them – the most important one.