Does Information Stifle Creativity? Piecing together information, practice and creativity

When I started teaching in Seattle, most of my first students came from friends who were piano teachers. They sent a lot of kids and adults my way who were ready to quit lessons and/or music. The main reason that these students were at their endpoint had to do with creativity (or lack thereof). 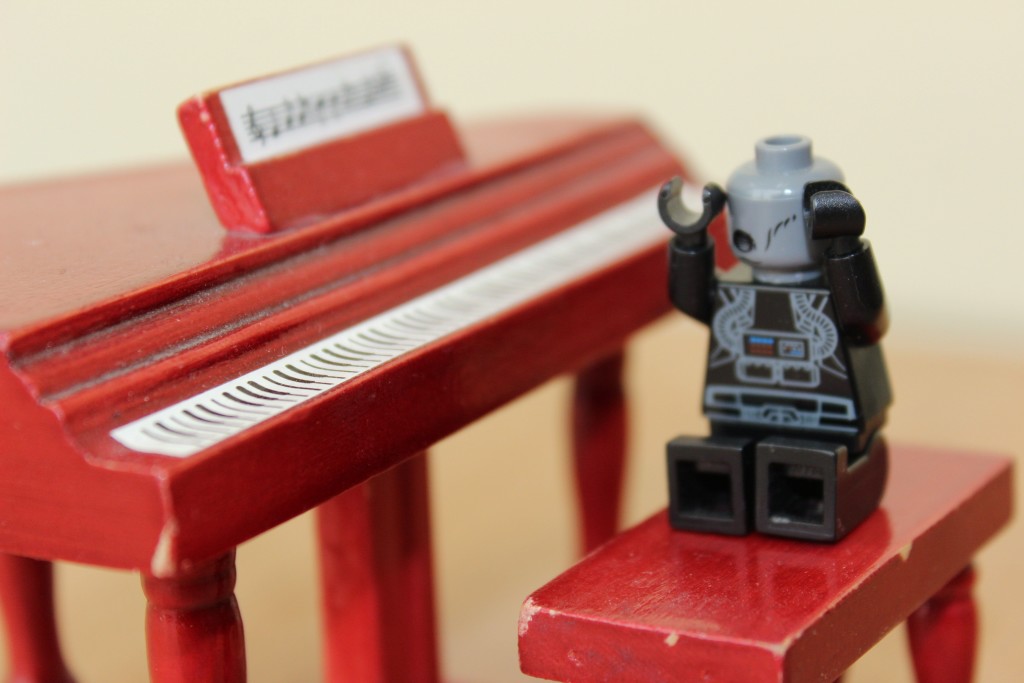 Some students felt stifled by all the structure and rigidity of the lessons. They thought they would like playing music more if they were able to be “more creative” or played music they liked more. They thought all the music they played was boring and that something was missing from their repertoire and the their overall experience.

Other students had been encouraged to be creative from the beginning and were gradually fed information and challenges so that their creativity wasn’t stifled. Their teachers tried to encourage creativity by letting them do what they wanted and supplement this with theory or repertoire. These students often had hit a wall and relied on the same bag of tricks for too long. They were bored with their own playing and were stuck in serious ruts. This often led to real emotional stress around their music lessons and playing experiences.

Even though both of these students come from opposite ends of the creative crisis spectrum, the solution that often got everyone fired up about their music was the same.

Creativity and learning to be creative is a process that takes time and work. It takes a lot of easily accessible information to be creative. The student who felt stifled was often learning invaluable information from repertoire. They were performing and were often highly decorated young performers. But they had never been asked to take their Scriabin and use the information to create something. They simply learned Scriabin for the next festival or audition. I would often ask them, “Do you want to be another person playing Scriabin or do you want to be a Scriabin?”

The answer was almost always, “I want to be a Scriabin.”

Then I would simply reply, “First, we need to learn Scriabin really well. Then the real work and fun begins. You’re going to make Scriabin go to work for you. We’re going to steal all his tricks and turn them into your tricks. You can try to email him for his permission if you want.”

Because their whole lesson history had been spent learning a ton of information for the sake of performing repertoire, they really never learned to apply the repertoire in ways that can help them perform more creatively. And they certainly couldn’t use the information in the repertoire to create their own music. It’s understandable that we would feel stifled by this cycle.

The other cycle of trying to promote creativity through limited guidelines and information causes the same type of paralysis eventually. The student may write 10 pieces in a month but they often sound the same… The same progressions, the same phrasing, etc. When they hit a wall it’s emotionally brutal. They have not gone through the process time and time again of learning new, sometimes difficult information. And the thought of it scares them – the way the other student was scared of their first 8-measure piece.

Once both of these students got to the other side of their musical crises, their lessons looked very similar. We would be working on rep. Get it sounding as great as possible. Taking everything they learned from the rep (even performance elements) and applied it to their own musical creations. Their performance of the traditional repertoire grew leaps and bounds as well.

We never used theory books but they all passed their college theory entrance exams and didn’t have to take theory in college. My guess is that this is because they had to know theory like the back of their hand to create the music they wanted to create.

Two of the most creative and articulate people making music in the last 30 years had some great thoughts on creativity. I always share these stories with my students.

Esperanza Spalding is truly one of our treasures in the music world. She said this in an interview once: “You start getting really creative when you have to start digging into things that you’re terrible at. The process of growing is a process of constantly being uncomfortable.”

This speaks to students in both situations mentioned in this post.

Branford Marsalis said once when he visited my college that as a young saxophonist he decided to copy one saxophone legend a year for 10 years. So when he was 13 he may have started with Coleman Hawkins. Then the next year he moved on to Ornette Coleman. Then the next year he studied Cannonball Adderley. Until at some point he would become his own unique musician that was able to instantly call upon all these previous masters on his instrument. He also stressed that no matter how much he tried to copy a certain player, it never took away from his uniqueness as a player. He still sounded like Branford – even at an early age. I’ve witnessed this inevitable uniqueness with my students as well.

Esperanza talks about the information, the scales, the repertoire, the muscle memory all going into our personal musical database so that we can call upon it at any given time when performing, improvising or writing.