The Repertoire Dilemma Creating More Hours in the Day

There are allegedly only so many hours in a day that students can set aside time to learn repertoire. Many teachers I speak with get flustered by the amount of time they spend trying to get one to a few pieces up to a student’s potential, knowing all along that the student needs to know far more repertoire than what they ever have time for in the lessons and in their practice. 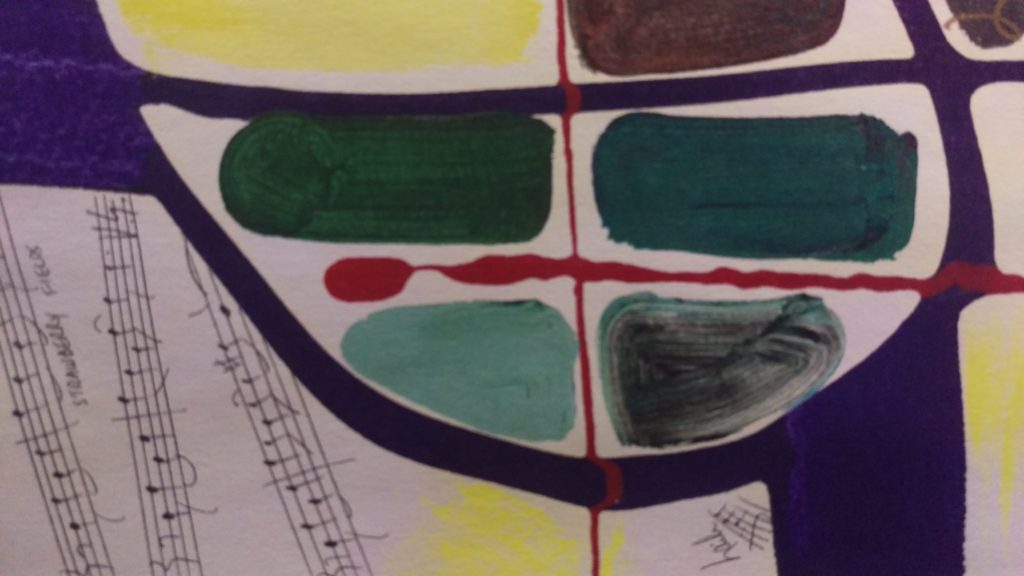 There are two concepts that have helped my students expand their repertoire exponentially without really increasing their practice time.

The first one is philosophical. The second is more practical.

As I started getting interested in jazz during middle school and high school, there was one statement I heard consistently by the players I met who knew several-thousand songs at the drop of a hat… “Learning songs is easy. They’re all the same except for one or two unique twists in each tune.”

This was so foreign to the way I had learned during my classical, repertoire-driven upbringing. Over the years, the performers I met who focused on the commonalities had command over way more repertoire than the rest of us.

In college, I remember working on a Bill Evans transcription with a teacher and right in the middle of the lesson he pulled out a Bartok piece and said, “Let’s look at how Bartok approached this same concept.” Then we went to Schumann, then Prokofiev, etc. By connecting the common concepts used by all of these masters, the Bill Evans piece became way more relatable and (strangely) more unique than what I noticed before this lesson. Because I had been shown the common concepts and how each composer used them, I also gained a greater appreciation of their unique variations on those common concepts.

I began to see music as a conceptual “theme and variation”. Meaning, there are the base concepts that make all music what it is. Over the years, the common concepts are actually what often drives the innovation. For example, tension and release is a large-ranging concept that is in most music we know. But let’s say we take away functional (V-I) harmony and just sit on one chord for a whole piece. A good composer or improviser will easily be able to create tension and release without ever missing the functional harmony. They will be able to use concepts such as phrasing, rhythmic variation, articulation, dynamics, intervals, etc. to create the tension and release.

But how does this relate to repertoire and learning more of it? It’s a long-term approach. If we start students at a young age on the concepts. If they know what’s under the hood of each piece their playing, then they can relate it quickly and easily to music they hear around them or learn for lessons. It’s really easy to turn this an over-emphasis on theory. That is the furthest thing from what we’re going for. I try and teach what I like to call “applied theory” only. I present theory as something that will help students perform at a high level, not something that is a separate activity from playing their instrument. We get really in-depth on theory. But it’s presented in a way that relates more to the concepts mentioned before – and never with a theory book.

To bring this into practice; connect every piece we ever teach or learn, to every other piece we have other taught or learned, to every scale/arpeggio/etude we have ever learned, to every piece of music we have ever heard. This is a tall order. But if we can even make a dent in this idea, we and our students will be able to learn repertoire at a much higher rate than what our practice time can produce using a repertoire approach.

Students need to be performing behind our backs. They need to be out in our communities playing music on a very regular basis. For example, I encourage all my middle-school students and older to perform a set of 30-minutes or more once a week. Many of them fall in love with this part of their musical experience. They learn many pieces on their own. They learn how to put together a program. They don’t have to take up their practice time reviewing songs because they can review them at the gigs. They learn a mix of classical, pop songs, jazz, etc. I never help them with this. They simply tell me how it went. I may give them advice on the logistics of gigging, but never on the music. We focus on concepts during the lesson and by they are at that age, they know what to do with them.

There are so many venues that love having the students involved like this. From busking at farmer’s markets, to local coffee shops in the mornings, to senior homes and centers, to all-ages music venues.

If they aren’t able to do this for whatever reason, ask that they post several videos of songs of their choice each week on their Facebook or social media pages… After all, many performances are experienced this way today and they need very little convincing of it’s merits… This is for them, I intentionally don’t watch unless they have questions. I want them to find their voice but not be at all on their mind when they press record or perform – it’s for their audience – whoever that may be.

One of the biggest advantages performing creates for building repertoire is that students no longer have to spend very much time reviewing old material… They are using that rep in their performances so it stays ready.