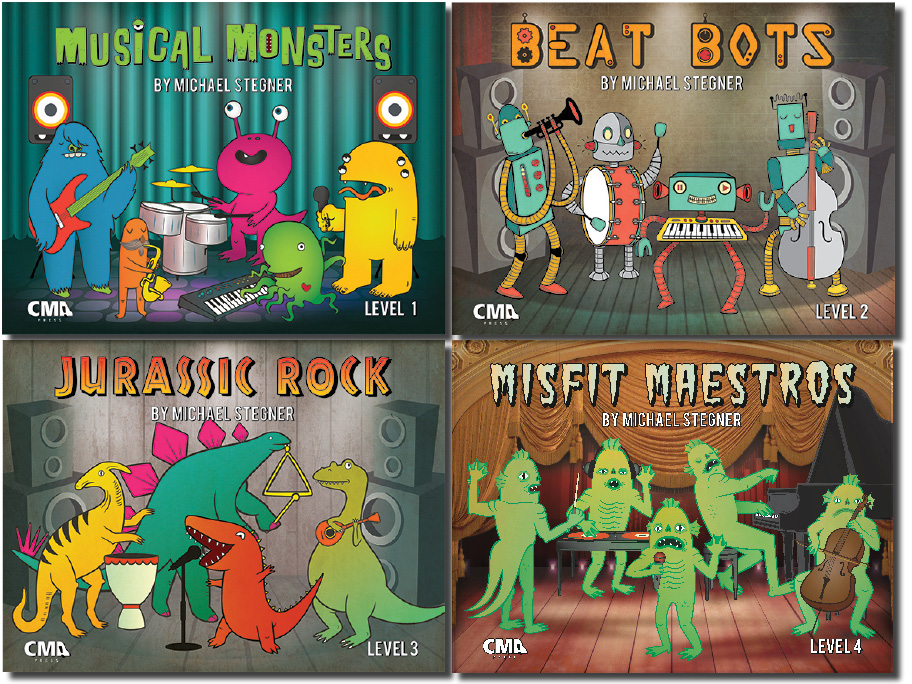 Why I Wrote a Method:

After teaching a full load of private and group lessons for many years, I realized that the standard methodology was failing the students on many levels. Students often took forever to get through repertoire they didn’t relate to. This delayed them experiencing wonderful repertoire written by true masters (if they even got there). Students also became good “ear players” or good “readers”. They rarely became adept at both… This contradicted everything I stood for as a teacher. I wanted well-rounded students who could read, play by ear, compose, improvise and perform in many aspects and styles of the music world.

In 2006 I began writing little pieces for a group of four year-old students who started at my school. Within a few months of this I realized they were far ahead of the curve compared to students in the past. I was reluctant to believe it had anything to do with the new pieces or approaches, so we began to test it on other students in both group and private lessons – and eventually on instruments other than piano.

After 10+ years of testing and writing new pieces/games with other teachers and students of various skill levels and backgrounds; it was obvious that students tracked much faster not only in learning repertoire but also in composing, improvising and playing by ear.

From 2014 to 2016 I worked with other teachers to develop the methodology so that there was a clear plan for each lesson and each set of pieces. The method requires teachers and students to treat each lesson as an expression of their creativity and perform at a high level at all times in areas that usually aren’t included in traditional methods. Ironically, we found that this approach helped students play more traditional piano music at a much higher level than what we had seen before while using other approaches.

Knowing that this method would bend some teachers’ brains, I built a membership website that walks teachers through the first several years of the method in a way that will help them gain confidence quickly.

If you want to give the books a try, they can be ordered here directly from my school’s website or here on Amazon.

If you want the specific details on how the method works, click here.

For more information on why I decided to create and publish the method, click here.

To see some 8 year-old kids playing some of the music from the method, here’s a video…