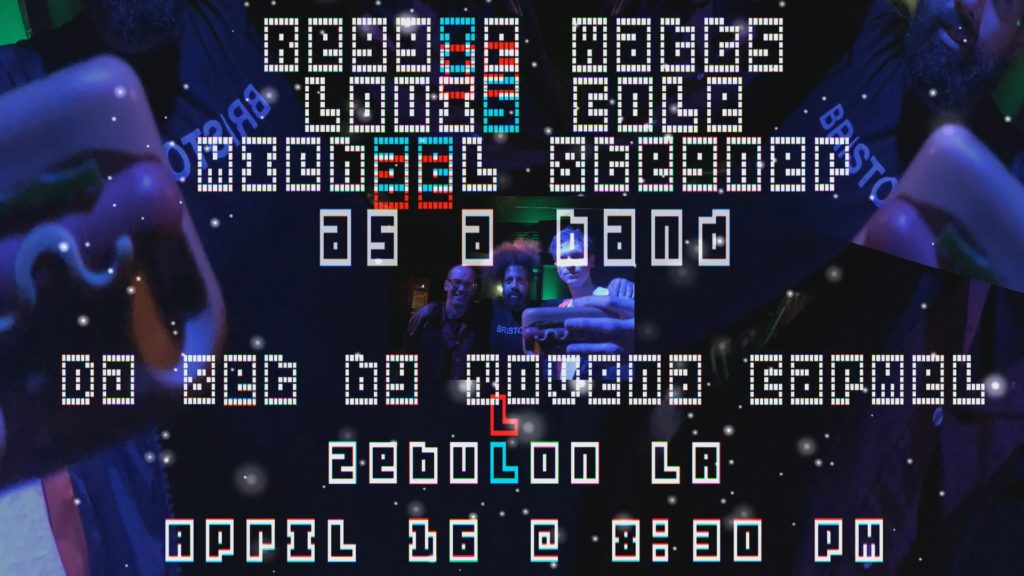 Reggie Watts, Louis Cole and I will be performing together once again on January, 15 at Zebulon in LA. One of my favorite DJs, Muñeka, will be playing a set as well. The doors open at 8 pm and I’d recommend getting tickets in advance if you are planning to come – the last one sold out.

If you want to learn more about Reggie and Louis, click here for a blurb I wrote about the last time we did this show. 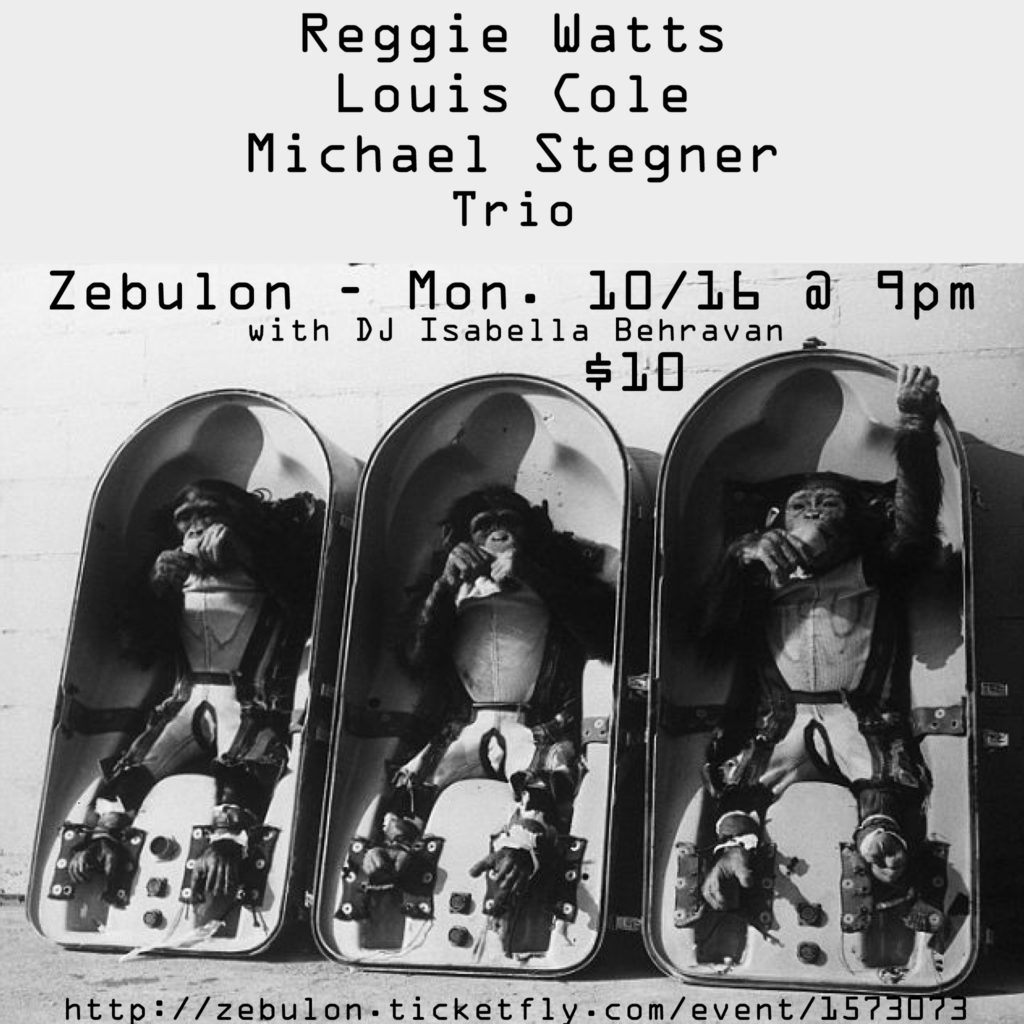